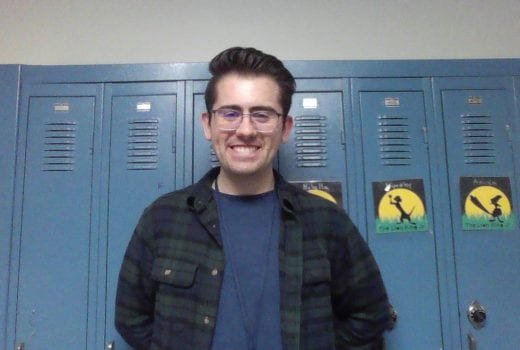 On May 23, 1999, Jacob Schab was born and dead-set to be a teacher. “When I was in middle school I didn’t like math and I think it’s because I thought it was hard. When I got to high school, math began to make more sense because of the hard work and practice that I put in to learn it.”

Mr. Schab is a student teacher for the Legends team. He wanted to stay in Champaign so he could get a master’s degree. He wanted something different, and he was already looking for a job in the area so it worked out perfectly.

Mr. Schab grew up in Orland Park south of Chicago for most of his life until he began going to college. “I took advice from many people. I focused on those who supported me and didn’t listen to the ones who told me that I couldn’t achieve something.”

Mr. Schab got advice from all his teachers. “Stick with it and ask for help because if you put in the practice you will be able to do it, asking questions is the easiest.” He joined Mrs. Sondgeroth’s class and he felt that he could look up to her as a role model.

If Schab wasn’t a Math teacher he would be doing writing because “I would like to think I have a creative mind and can write well.”

He has made friendships and is closer with students along the way. “They can ask me questions, whether it’s related to math or not.”

As a student I can proudly say he is one of my favorite teachers and learns how to make everything better.